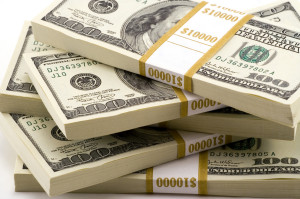 In the very early stages of my career I worked for a well-known company  in the beauty industry in Raleigh North Carolina called Inflight Hair Salon. It was a chain of 7 salons owned by a self-made millionaire whose unmatched drive and instinct transcended throughout  the states of Maryland, Va, and North Carolina. None of this meant anything to me then because I had no idea of her accolades or the power of association and connections. I was new to the company and new to the area.

Upon hiring, one of the requirements on the job was to attend training classes given on Mondays. (Hairstylist Holidays)  Seeing as though Monday was  my day off, I wasn’t too happy about being asked to do something work related on my day off. However, without expressing indifference, I did as instructed.  I never once complained to the owner about how I felt. I was around 23 then and the only principle I had to go on was the rule my mom instilled in me at home, Respect Authority! So, I followed suit and didn’t complain. After all, what she was asking me to do was not immoral,  it wasn’t hurting me or anyone else and I just figured it was part of the job.

After consistently attending  3 to 4 consecutive training classes, the owner informed me that she would like me to come to the next class, wear specific attire and attend an event with her. I really thought I would just be attending. Little did I know she would ask me to step on stage, do a service on a model and explain it to the audience. Wow, in my naïvety,  I had just embarked my career as a platform artist. For those of you who may not know what a platform artist is, a plat form artist travels from state to state to conventions and educational settings training other beauty professionals. Hey, those training classes benefited me in more ways than one. What if I had refused or begrudgingly accepted because it altered my schedule a little or didn’t seem like great fun.

Just those moments of honor in my early career have reaped many times in my life, even in my consulting business today. I gained valuable skill-set, awareness of a wealth principle,  great positive exposure and many connections still working for me now! But the most valuable lesson was the power of honor, a wealth principle to remember. Honor will promote you!  What and who you honor decides your next level. Maybe we shouldn’t always frown when asked to do something that may seem trivial or require us to re-adjust our plans a little. An opportunity to show honor could just be an opportunity for promotion.

From My Experience To Yours

Consultant to stars like you and everyday people walking out this jewel LIFE!