Thriving in Crisis… The Joseph Principle

If I had to sum up what to do in times of uncertainty in business when the economy seems to be taking a turn for the worst, it would be two things:

The Joseph Principle is a Wealth Principle that’s been around a long time.

Often seen in operation more when the economy seems uncertain.

they believe in the principle.

It is not biased… it doesn’t pick who it works for… it just works.

It’s found in the first book of the Bible, “Genesis”.

It’s main character Joseph demonstrates the principle while taking a large group of people through a famine.

Activity of the principle was sparked when Joseph was asked to interpret a dream for Pharoah. Pharoah in today’s times would be like the President of a country or a  King with Royal Rule.

Joseph interprets a dream for the Pharoah at that time stating there would be 7 years of plenty and 7 years of famine in the land.
Joseph was then asked to spearhead in sustaining the economic status of Egypt, an entire country.
During the years of plenty, Joseph did not do like most and
ball out,
buy all the new Christian Louboutin
procrastinate,
take time for granted,
Hop on flights regularly.
I mean, I’m sure Joseph still lived well, but he was VERY intentional about what he did with the money he was steward over; essentially the resources that would save millions of people from starving and losing everything they had. 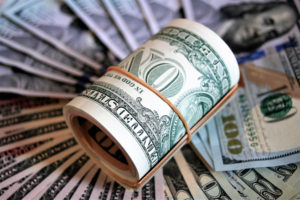 He saved and stored up during the good years.
He invested heavily and purchased things of value that the people would need in a time of famine. He cultivated his gifts and skills.

Joseph remained consistent and diligent.
He did not do what most were doing.
He made Destiny decisions.
During the lean years, Joseph was a Pillar for the People.

His strategy was of extreme wisdom and intelligence!

A strong resource that helped them through the famine.

Two of the main things Joseph did during the onset of famine… he strategized and he invested.

Joseph’s stewardship over the finances caused the country of Egypt to rest in a position of being the lender and not the borrower. There were resources that produced revenue, strategic partnerships, revenue during the famine, and valuable goods.  Similar to those who are able to buy property and other items at below market value in times of a recession! Because they used the Joseph Principle they are positioned differently. Able to invest in things that will give them a return on investment when many aren’t able to because of what they did/did not do during the years of plenty.

Maybe for you, that is investing in a class or course you need that will make you stronger when the economy changes. Maybe you’ll be able to purchase property at amazing cost.

Joseph’s Wisdom and Diligence also trickled down to his family.

His family lacked nothing.

Think about what implementing the Joseph Principle would mean for you!

Before this, Joseph was previously just known as the boy who had an amazing gift of interpreting dreams. His wisdom allowed him to P.I.V.I.O.T.

Often times, when the economy shifts what you were previously known for P.I.V.O.TS. or at least it often needs to.

Joseph had done personal work behind the scenes while becoming known for his ONE thing, interpreting dreams.

In all other scenarios, even though most of Joseph’s situations he found himself in prior to this would seem as troubled time, he still remained, extremely valuable and wise. It paid off.

When it was necessary Joseph was able to P.I.V.O.T. and see his other gifts and skill sets

He Thrived during a Crisis.

there are so many wealth principles in this story.  Many are hidden because they are what we consider soft skills. I talked about this in From Generalist to Specialist

Behind the scenes, Joseph had spent time with God and cultivating his skills.
He’d been building and Cultivating Strategic Relationships, Understanding that popular doesn’t mean profitable, (sometimes the mistake on social media), Setting Boundaries, removing distractions and investing in what matters, just to name a few.

I actually list 7 different skill sets Joseph had that allowed him to thrive in a famine and carry an entire country( that could be your family, your tribe, your coaching clients, etc) through a famine.

Joseph was able to P.I.V.O.T when the time was necessary.

How can you P.I.VO.T, possibly use some of these principles in what’s transpiring in our country today to help you in your personal/business economy?

You must take a few minutes to listen to me share how the Joseph Principle works in the video I shared recently with one of my Social Media Platforms. …

I’m a little passionate in this video… just a heads up!

Click here to watch the video: The Joseph Principle

P.S. I’ve walked entrepreneurs through the P.I.V.O.T process in this season.  A 5 Day Process To help them increase cash flow and clarity specific for this season.

They’ve hit record numbers in their business. Although many have businesses that closed down, I help them uncover gifts that serve in season helping them earn money online.

I’ve received many messages from them saying, ” My pay button has gone off like crazy”.

If you feel a responsibility to continue to serve people with value and earn revenue online from your business, ability or skill, join us!

Let’s set up that foundation.

Maybe you are a Coach, Teacher, or Trainer,  a service-based business owner,

or you simply have a side hustle you’re ready to take more seriously,

and you are just unsure of how to do it in this climate, I’d love to support you!

Click Here to Join Us Prep My Brand Challenge!

businesses resource during covid 19the joseph principlethriving in crisiswealth principle